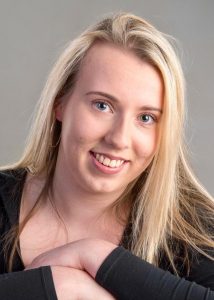 This is our lovely President Lauren! Lauren has such a massive heart and it is clear in everything she does as President! Her vivacious and bubbly personality makes her super approachable and lovable. She is originally from Jersey and has always been heavily involved in all things singing, some of her achievements include performing in the Edinburgh Fringe Festival and competing in International Choral Competitions! How impressive! Now at Royal Holloway, in her second year of English, Lauren is also involved in the Musical Theatre Society and so clearly still enjoys spending all of her free time singing and dancing! 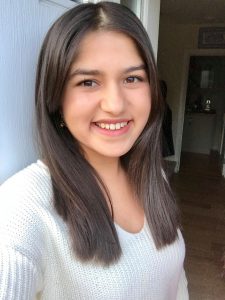 Our Vice President this year is the ray of sunshine that is Hira! Hira could brighten any day with her positive, energetic personality and she always has time to listen to anyone! Hira is in her second year of Biomedical science and also plays Hockey with the uni women’s team! Hira will also be our Community Welfare officer this year, acting as first port of call if anyone is having any issues within, or outside of, Absolute Harmony. She is so approachable which makes her perfect for both the role of vice president and of community welfare officer! 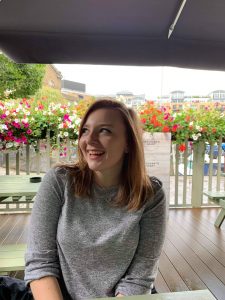 This is Abby, our Secretary for this year! Abby is super savvy and possibly knows everything you have to know when it comes to the busy Absolute Harmony events calendar! Studying in her Third year of her Maths and Physics degree, Abby is a great problem solver and will always be there to lend a hand in rehearsal! If you don’t hear enough from her on the weekly emails, Abby is affectionate and considerate making her so easy to chat to! In her spare time, Abby plays guitar and she is also involved in the Climbing and Mountaineering society. We are lucky to have a very cool Secretary with an apparent head for heights! 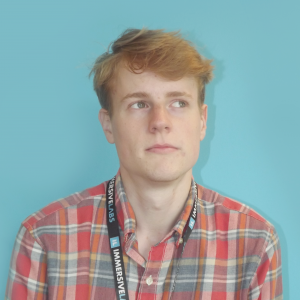 Our Treasurer this year is Tom! Tom is a Third year Computer Science student with a love for everything Tech and gaming! If you ever need to know anything about finances, membership and pretty much anything computer-based, Tom’s amiable personality makes him the perfect person to talk to! Tom’s other main passion, aside from singing, is taking part in the gaming society Human’s versus Zombies! Last year he was even Treasurer of the society, which gave him a lot of experience coming into this year! Tom is super enthusiastic and lovable, making him an irreplaceable member of the team! 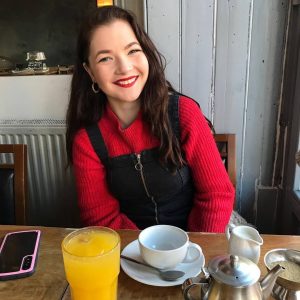 Our Social Secretary this year is Rowan! Rowan is outgoing and sociable, making her a fitting social sec, having previously dreamed of being a wedding planner, party planning is one of the most exciting things she could be involved in this year! Rowan is currently studying in her second year of Criminology and Psychology leading to her being passionate in all things politics. When she’s not singing, party planning or discussing Criminal Justice you may find her at work in the Student Union bar! 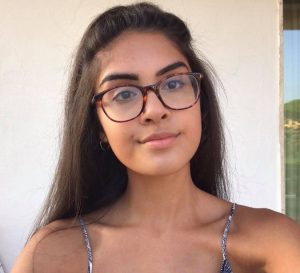 This is Sofia and she will be 1 of the 2 Musical Directors this year! Sofia’s biggest passions lie in singing, listening to music, writing music and conducting music, she even has her own singing Instagram page! I guess you could say music is her life and Absolute Harmony is a great place to use her talents! Sofia studies Modern languages meaning culture and travelling is also a huge part of her life. Her charismatic and kind personality makes her an easy person to chat to if anyone is ever having trouble with an arrangement, as well as being a great friend to so many people in the society! 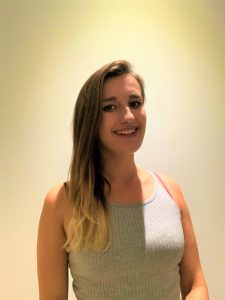 Our second, equally talented, musical director this year will be Dani! Dani went for Musical Director this year after winning the Guest Arrangement Competition last year for her incredible arrangement of Don’t Stop Movin’ by S Club 7!  She is currently in her third year of Psychology and Neuroscience and also has a big passion for Pole Fitness, which she has been involved in since first year! So when she isn’t writing banging arrangements expect to find her swinging upside down and making pretty shapes on a pole! Dani is always smiley, as well as being super sassy which is a great combination and makes for a great MD power couple with Sofia!