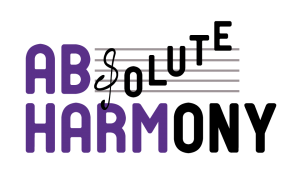 In 1997 fresher Regina Yau didn’t feel there was an option at RHUL for the average student to sing in a friendly, informal choir. So she decided to do something about it, and the Alternative Harmony choir was born, with a plan to embrace all styles of music, for anyone who wanted to sing for fun. One of the original members was Lorna James, who went on later with Regina to carry the group from strength to strength.

Over the next academic year however, Alternative Harmony disintegrated through both Regina and Lorna being away as exchange students in North America. When they returned, it was clear that the choir needed re-launching and revamping, and again they were willing to start from scratch. Things had changed however, through Regina’s conversion to the a cappella style (singing without instrumental accompaniment) via a performance by the University of Virginia’s Virginia Gentlemen and Vanderbilt University’s Swingin’ Dores in whilst in America.

And so Alternative Harmony was reborn, but this time with a clear mission to bring a cappella music, in many forms, to RHUL, and a new constituent group called Absolute Harmony which would consist of auditioned members who wanted to perform. The idea was good, but the going was not always easy. Nevertheless, the group came through and hosted ‘Virtually Unplugged’ in March 2000, along with several choirs from Cambridge, and went on to organise the first ever BICCAs (British Inter-collegiate Contemporary Championship of A Cappella), and many other events. Not bad for a core group of seven people!

Unfortunately, most of these hardy people graduated in 2001, leaving just Kay Gillett and Micheline Roberts to keep the group from dying out yet again. But here Alternative Harmony’s fortunes improved. At Fresher’s Fayre 2001, plans were to keep the group in the same format, but record numbers of new members (30+ signing up on the day) forced another rethink. Auditions were still not required for the main group, but it was decided that the whole group would work towards a performance, with a smaller group of people offering a closer harmony alternative in the concert, true to Alternative Harmony’s roots.

And from here on in, the choir just grew, in numbers, in repertoire and in reputation through the hard work and successes of its many a varied committees. Eventually Absolute Harmony became the name for the entire group meeting once a week, with a smaller, but still non-auditioned group called Hardcore Harmony meeting for an extra rehearsal and working towards competitions as well as the annual concerts.

Absolute Harmony now how has 59 paid members! And we continue to go from strength to strength. We still have no auditions, a flexible approach to rehearsing and no requirement for musical knowledge. Our main aim is to have a great time and make some great music for everyone to enjoy. And that’s it! So if you enjoy singing in the shower, or anywhere else, we are the group for you!